It’s been a while since I got my Gazelle laptop from System76. The matte display continues to wow me every time I turn it on. The speed with the i5 processor and my upgraded SSD makes this a screaming machine. I replaced the stock spinning drive with a 1TB Samsung 850 EVO drive which has been an absolute dream. I’m half tempted, though, to pick up an even faster m2 drive if prices come down enough. But I digress.

So the Gazelle has been a great machine since it arrived on my doorstep in May. However, one sticking point which I mean quite literally is the keyboard has had issues. I consider myself an above average typist. As a software developer by trade, I’m a person that spends countless hours pecking away on the keyboard and I think that Mrs. Witten, my HS typing teacher, would be proud of how well I type. Having a keyboard that had sticking keys (primarily the enter key) was driving me nuts. I didn’t know if I had a bum keyboard and needed to send it back or what. I really didn’t want to be without my new baby.

Fortunately, as luck would have it, System76 was actually in attendance at the SouthEast Linux Fest (SELF). I talk with Sam for a bit and described the problem I was having and let him try it out for himself. He said it definitely wasn’t right and to shoot him an email after the show and they’d take care of it. I did, and so did they.

I’d heard great things about System76’s support through the Chris and Noah at the Linux Action Show and this was my opportunity to experience it firsthand. I sent Sam an email re-introducing myself and describing the problem. He opened a support ticket and before I knew it I had a shipping notice that a new keyboard was on its way. Just a few days later and the package arrived.

Here’s what I really like about my Gazelle. I can actually fix it! By this time I’ve already cracked the case and upgraded both the memory and hard drive. Now I was ripping it apart to replace the keyboard. No trips back to the manufacturer and days or weeks of waiting. Nope. It was all in my control.

To replace the keyboard, the first trick was finding something small enough to pry the thin cover strip that was hiding the screws securing the keyboard to the frame. I tried to find something plastic so it wouldn’t mar the finish but I wasn’t successful. I managed ok with the small screwdriver I had but if I look closely I can tell where I used it. No big deal. It’s barely noticeable and I probably only notice it because I did it. Once the strip is removed (it lifts out with a little pressure to release the clips) you will see the screws exposed as shown here. 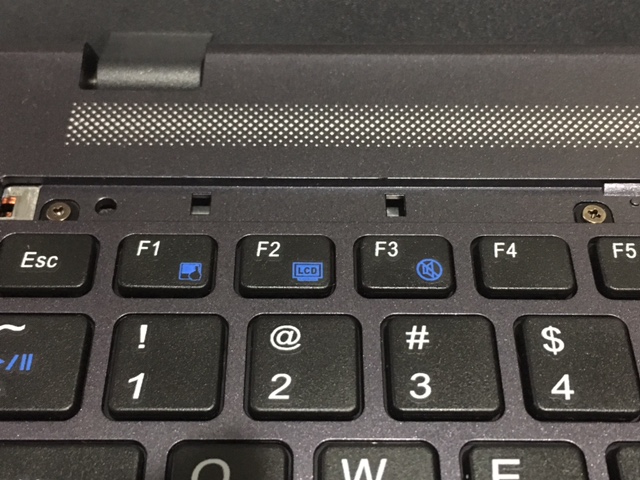 Once the screws are removed you will be able to lift the keyboard to replace it. There is a narrow ribbon cable connecting it so don’t pull it away too far. You should see release clips on either side of the connector and the cable slides out easily. 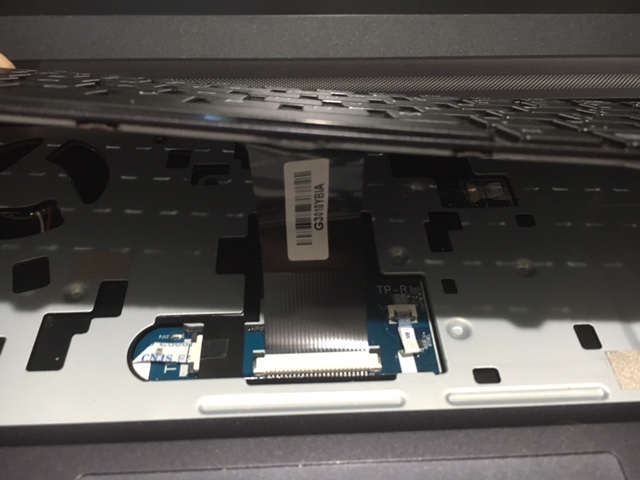 Now set the original keyboard aside, carefully unwrap the one, and reverse the process. I found it a little tricky to hold the keyboard, insert the cable, and secure the clips but it can be done. If you have a friend that can hold the keyboard for you it’ll be even easier. Not impossible solo but it tests your manual dexterity. 😉

Now give her the old boot test. 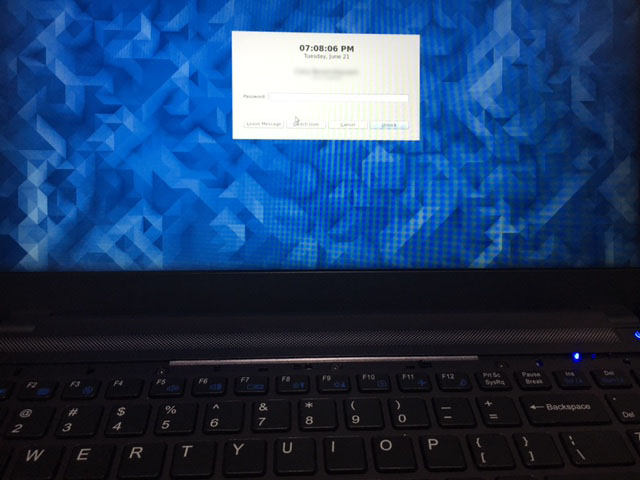 If you don’t get any errors, replace the screws and cover and call it a day. Reward yourself with an ice cold beer! If you do see errors then make sure you inserted the cable correctly. That’s why we don’t secure it and put it back together before we test.

The new keyboard is what I was expecting from day one. While I’d rather not have had any issues I have no complaints. The process was painless. All I had to do was package the old keyboard and ship it back.