So I’ve never cared much for the whole DevOps thing and I sort of snicker when it’s mentioned at the office but hey, I get that it’s one of the cool new buzzwords. I get that it makes managing a ton of servers considerably easier even if it means (as a developer) that I have to remember to disable the agent when I’m playing around or my changes will be overwritten. I decided that even though it’s not really part of my playground, my servers are all controlled by the Puppet master and it might be good to have a working knowledge of what it’s doing. 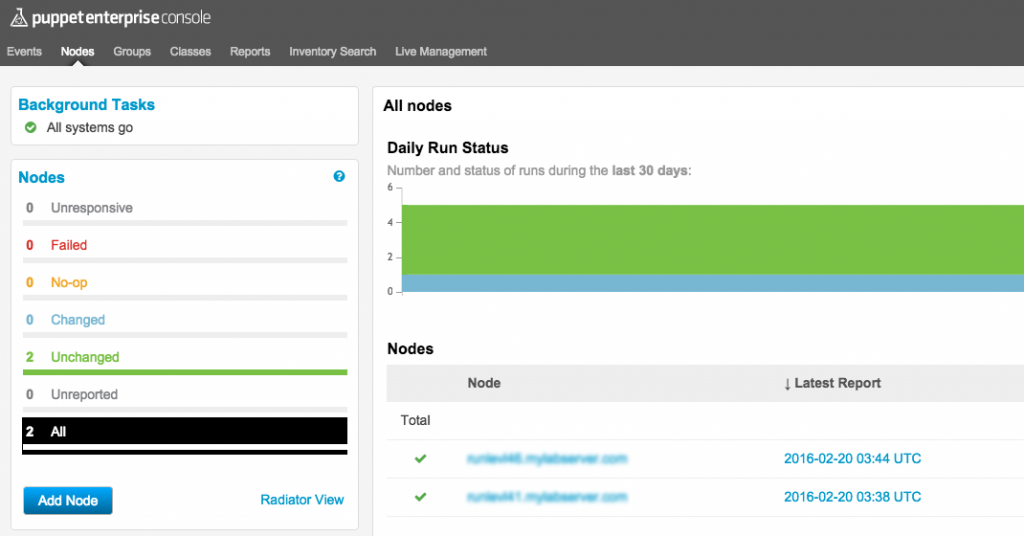 Tonight (well, last night really, but I did a fresh install again tonight) I installed Puppet Enterprise and a single Puppet node. I managed to knock out my first class even and both tested the new class on my master but also successfully forced an update to the agent with

and verified the change. 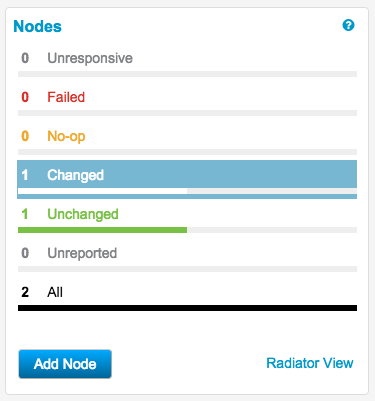 I guess you can’t really start learning something in this industry properly without a good old-fashioned “Hello, world!” right? So I headed over to the Puppet docs and found their example. Just a few minutes later after a quick vi session and I pushed another update.

So there you have it. I’m on my way to being a DevOps guy! 😀