As a software developer by trade I’ve been coding in Java for about a dozen years. I’ve tried a number of integrated development environments (IDE) during this time and one stands out as head and shoulders above the rest. I’ve never been a fan of two of the more popular IDEs, Netbeans and Eclipse.

IDEA, from IntelliJ, is my absolute favorite. I find that it provides greater features and functionality and, at least in my opinion, is more intuitive. My day job semi-forces me to us Eclipse and it’s something I do while gritting my teeth. It seems that things that can be easily done in IDEA are a royal PITA in Eclipse. Granted, since I’m not a fan, I haven’t really tried too hard to give other options a fair shake. I guess I’m just a diehard and I have no interest in the others.

I decided to go ahead and install IDEA on my Linux laptop and figured I’d share the steps here just in case anyone else is interested.

Since IDEA is a Java IDE, it makes sense that you need to have a Java JDK installed. To see which JDKs are available run apt-cache with the search operation.

You can see from these results that JDKs are only listed for versions 6 and 8. As a note, the current version of IDEA needs a version greater than 6.

Once you have a successful installation (verified by which) you’re almost set.

Now we can switch to the IDEA bin folder and execute idea.sh. Optionally, you should find a menu setting. Under Ubuntu this is under the Programming group. There you go! Happy coding! 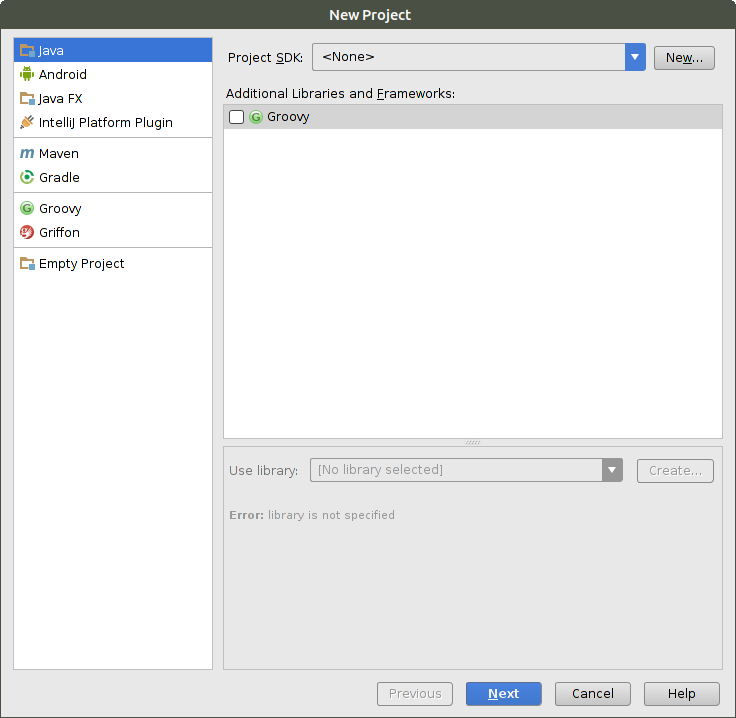